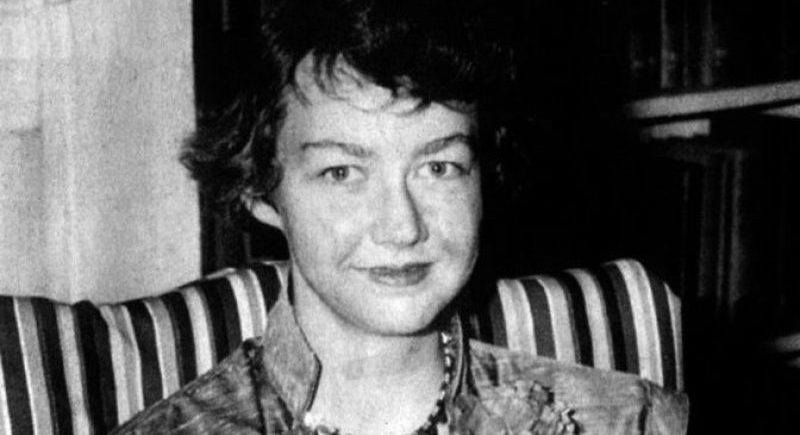 When Gothic literature emerges in 18th century London a brutal, industrial modernism is unfurling its ugly flesh and bones in plain sight of all the cities inhabitants. Upon witnessing the rise of this new Babylon, what concerns those writers who would become exponents of Gothic literature is, partly, the conceit of man – who as an acquisitive zoon imagines that through the stockpiling of knowledge and things he has risen quite far in life. The other concern is how debauched God’s project has become through his earthly representatives. In novels such as The Monk (1796) the church militant are actively in on the evil occurring in the crypts beneath their churches, while in novels like Frankensteinor Dracula the power of God’s dominion is considerably shrunk down, again by the hand of man. But as the more religious proponents of the form are always ready to show the reader, the world of man is ephemera, his possessions traps and cages, the productions of his vanity and labours haunted. No matter what he may think he knows through his intellectual faculties and flesh, man is always metaphorically stuck in a cave with only the light of grace to illuminate the way. And in case he forgets his limitations and the dangers of hubris, the Gothic author will return him on the page to some oubliette, drop him down a trap door or slide him down some haunted passage so he can know how much he doesn’t know.

It’s around such questions that the work of Southern Gothic author, Flannery O’Connor, gravitates: the damage rendered not just by the absence of God but by the presence of some of his unworthy boosters here on earth. Born in 1925 into a long line of established Georgian Catholics but surrounded by poor white protestants, fraudulent preachers, unbending tractists and anti-Catholic sectarians of the bible-belt, O’Connor was evidently struck by the aesthetic of the itinerant preachers she encountered growing up and developed a style of storytelling which is unique, brutal and thoroughly engaging, but without any sense that her Catholicism does violence to her stories which run through some very dark and interesting terrain. A quick read of the short story ‘A Good Man is Hard to Find’ will convince a reader of her dark powers as a Catholic writer.

O’Connor’s debut novel, Wise Blood, published in 1952, tells the story of Hazel Motes, an intense and damaged young man who reluctantly enters and returns from World War II to discover his already dilapidated family house is now a striated, dust-filled shack – bereft of any signs of life. After sleeping overnight on the kitchen floor, he leaves a note of possession on the only remaining item of furniture in the house, his dead mother’s chifforobe, then leaves the almost evaporated geographical spec of Eastrod for the fictional southern city of Taulkinham, where he sets up his evangelical ministry, the Church Without Christ. As the name suggests, Haze doesn’t put much stock in Jesus nor the sins he died for.

The only two possessions Motes brings with him to Taulkinham are his mother’s glasses and a bible. While serving in the war Haze would wear the glasses and scour the bible methodically, crowding out his hours in order to prevent the outbreak of evil in his own agency – which his preacher grandfather had always suggested was full in him. But after the tempest of the war, with his family and home only withered remains, Haze has no use for the bible, his mother’s glasses or his demented grandfather’s ideas on Jesus. Haze risks the big moral pollution of the city and enters it with incandescent rage. Like the character Alan Strang and the poster of his horse in Peter Shaffer’s Equus, Haze has come to draw worrying equivalences between his own sinfulness and Jesus, thanks to his grandfather’s ministrations, and has inhered the concept that old Jesus’ existence is synonymous with his own and others wickedness. Haze wants a new Jesus where man isn’t born into sin without his knowing it.

This move from the remote recesses of Eastrod to the city brings Haze into contact with an odd assortment of voyeurs, working stiffs, drifters, simpletons and rapacious fraudsters, amongst which he causes barely a ripple. His arrival is not some astounding moment, as this zealot from the back-blocks arrives – he imagines – to illuminate the city. That’s because his type is already well represented in the metropolis – the city streets continually filling from the same mountain streams year after year. To be noticed, to be salient in a context is the thing for a preacher but the city has more extravagant distractions than those that have popped out of the hills with Jesus still ringing in their ears. Indeed, the characters of Asa Hawkes and his daughter Sabbath – who Haze follows around malignantly at the start of the novel – already have a fraudulent travelling Jesus show on the road before Haze blows into town, as does evangelical schemer Hoover Shoats, crowding out further an already saturated market for miracle talkers. The city simply draws them in and swallows them up.

Despite being an incoherent, misanthropic contrarian and failing to attract but one, brief, convert to his Church Without Christ (Hoover Shoats), Haze still attracts a small circle of people around him who view him as a means in their own unique and rather tawdry plans, none of which he accedes any interest in.

At the beginning of the novel, Haze travels around openly in a car preaching, but soon his inchoate travelling show gives way to regular, indifferent city disappointments. The great dream breaks again on the back of man and leads Haze to the anonymous world of the clapped out hotel room – a place where a once optimistic rustic can lick their wounds and refine their solitary virtues in the vast liberal-democratic machinery of the city. These moments behind closed doors, first filled with optimistic babble, then with mad plans and extensions, signifying nothing, are destined to fail because the entertainments of the city and the passions of Christ are incommensurable.

In an ending which is somewhat gruesome, Motes withdraws from his failed church to a type of private religiosity which blends the physical violence of Catholic ceremony with a bottomless pit of protestant self-loathing, but which appears at the same time to be the only thing which gives him any repose.

Wise Blood’s manner of dealing with these questions of individual alienation and one man’s own religious epistemology means there are less characters here than say a William Faulkner novel, which makes the dialogue more sparse and the read a lot cleaner. With more space to work in O’Connor nevertheless resists the temptation to fill that space with dialogue, retaining a clipped tone from our protagonist. The style of narration (close third person) is delivered seamlessly in the idiom of Motes and his perspective. But when O’Connor uses dialogue from other characters to flesh out the world, the choices are arresting, especially when they come from the mouths of 15 year old preacher girls, like Sabbath Hawkes:

“This child had Jesus and this woman didn’t have nothing but good looks and a man she was living in sin with. She sent the child away and it come back and she sent it away again and it come back again and ever’ time they sent it away, it come back to where her and this man was living in sin. They strangled it with a silk stocking and hung it up in the chimney. It didn’t give her any peace after that, though. Everything she looked at was that child. Jesus made it beautiful to haunt her.”

There is something which seems very redolent about the characters in this story. The amount of detail, which is sparing albeit beautifully realised, is not the crux of it. O’Connor just feels like she has absorbed and knows the whole of that world so thoroughly that her narration, even as it moves at in the final chapter to a different character perspective, feels like it’s all rolling out of one shocking fabric, even when the characters are nicely delineated.

Beside the fantastically naturalistic dialogue, the phrasing and the imagery is outstanding. The descriptions of scenes at times are simple but just brilliant. When Haze is driving past Sabbath Hawkes, openly spying on her and her father as they’re walking down the street, he cranes his head to look at her:

The child turned her head, slowly, as if it worked on a screw, and watched his car pass. His face was so close to the glass that it looked a paper face pasted there.

O’Connor constructs events in the story which are not fully central to plot but which are nonetheless illuminating. One particular incident involves 18 year old zoo guard Enoch Emory, who gets a feeling in his ‘wise blood’ that Motes is about to deliver some moment full of import for Enoch and the world, and hence leaves his boarding room to find him. Travelling across town with a shrunken ‘Jesus’ he’s recently stolen from a museum, the attraction of Haze’s pending eschatological event proves insufficient to prevent Enoch from making a brief detour on his journey. Enoch stops outside a cinema where he lines up to meet a famous gorilla known as ‘Gonga’. For Enoch “an opportunity to insult a successful ape came from the hand of Providence.” This idea that a man dressed as a gorilla might be more popular then a real life man, like Enoch, soon leads to a series of gruesome and tragic events which, while not central to the plot, nicely illuminates one of the books central themes: that forms can be dangerously deceptive.

Originally appearing in In Review